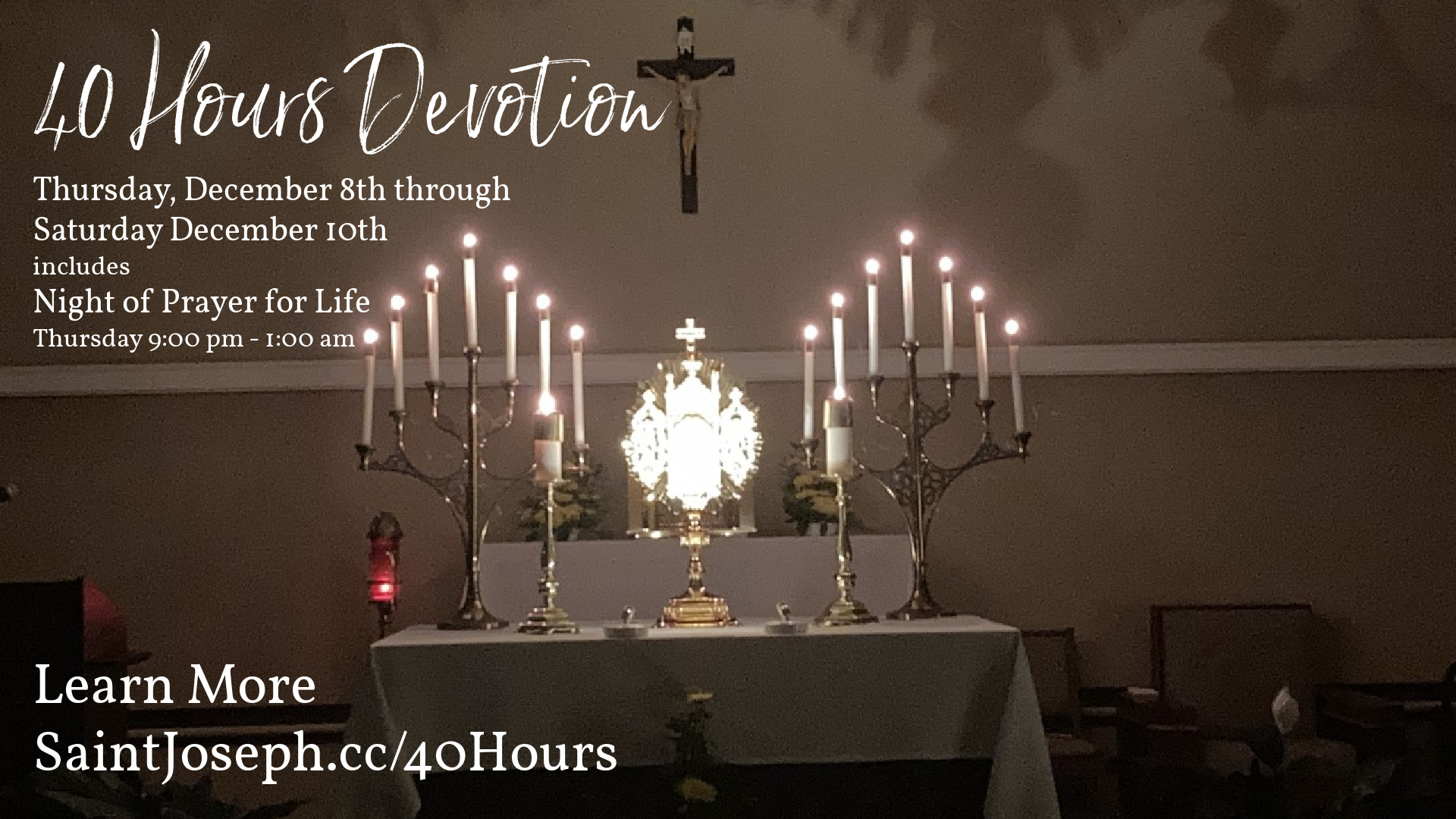 In 40 Hours Devotion, the Blessed Sacrament is exposed on the altar in a monstrance for adoration for 40 hours. The tradition is tied to repentance and usually observed during Lent or Advent and comes from the 40 hours that Christ’s body traditionally rested in the tomb. St. John Neumann was the first church leader in America to practice devotion. At the time, Catholics faced great opposition in his home city of Philadelphia during the Know-Nothing Riots of 1844. Anti-Catholic protesters burned two churches and continued to foster animosity towards the Catholics in the city.

SJCC will celebrate 40 Hours beginning Thursday, December 8, following the Mass of the Feast of the Immaculate Conception at 7:00 pm with a Procession and will continue in the Sanctuary until the Vigil Mass on Saturday, December 10th.  There will be a guest speaker at 7:00 pm on Friday.

Sign up to spend an hour in prayer with us.